Patient is a lovely 41-year-old Caucasian female, mother of two children via C-section. She had lost about 100 pounds after undergoing Laparacopic Gastric Bypass about seven years ago in LA, and she went from her highest weight of 218 pounds down to a nadir of 109, and now weighed about 124 pounds and had been fit and stable at this weight for a long time. She breastfed and complained of small, deflated breasts. She wore about a B-cup and desired to become a much fuller D-cup size, and chose the Sientra brand of highly-cohesive silicone gel implants for a more natural look and feel. She also complained of a lower abdominal flap with hanging skin and stria and desired a flat tummy. She was healthy and a very good candidate to undergo combined breast augmentation with abdominoplasty and lipoplasty. She underwent Breast Augmentation in the Subglandular plane with Sientra, Textured, Round, 565 cc High-Profile Gels and Total Abdominoplasty with Rectus Plications, Exparel Rectus Fascial Injections for prolonged postop pain-control and Power-assisted Lipoplasty of the Waist, Hips and Flanks for improved body-contouring. Approximately 578 grams (or about 1.3 pounds) of abdominal fatty soft-tissue was removed and about 1,350 cc (or about 1.4 Liters) of Total Lipoaspirate (fat) was suctioned. She is thrilled with her new body!!! 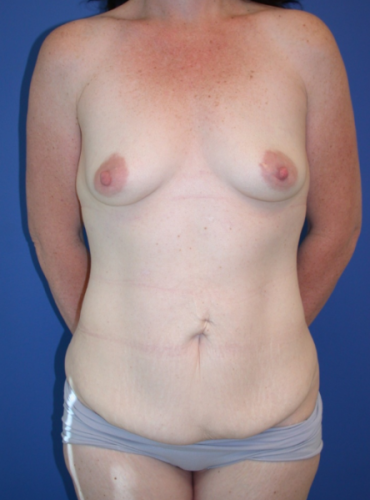 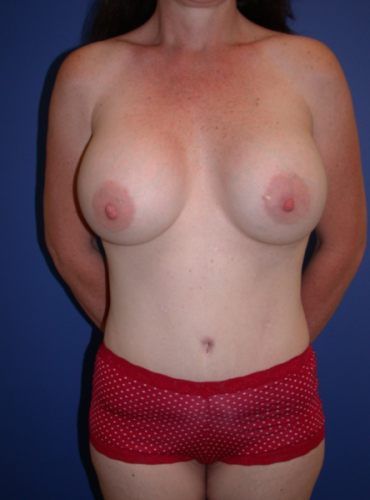 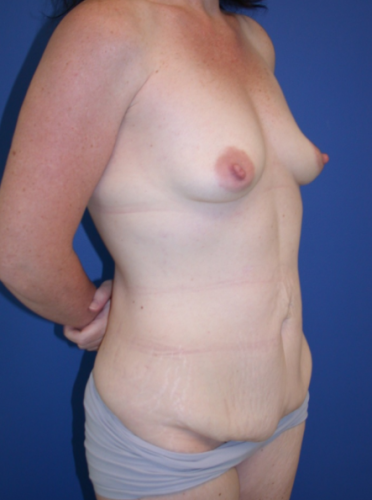 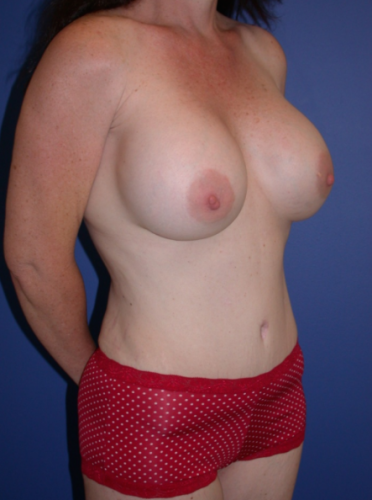 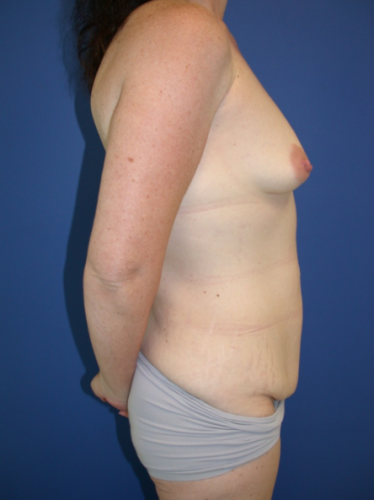 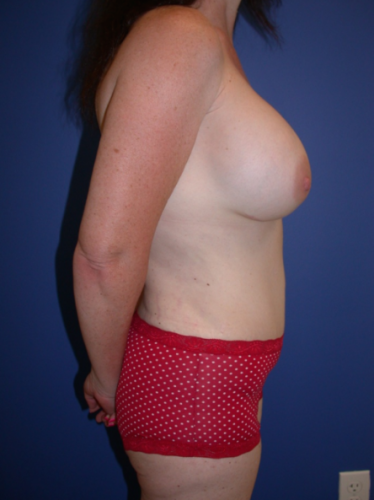 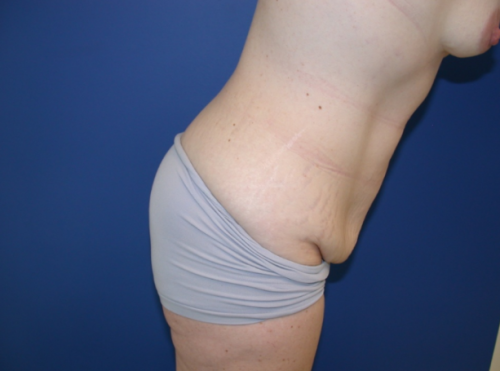 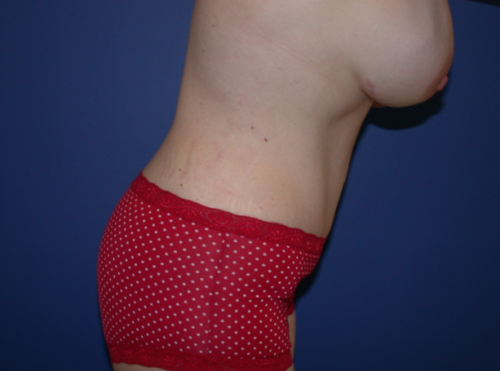 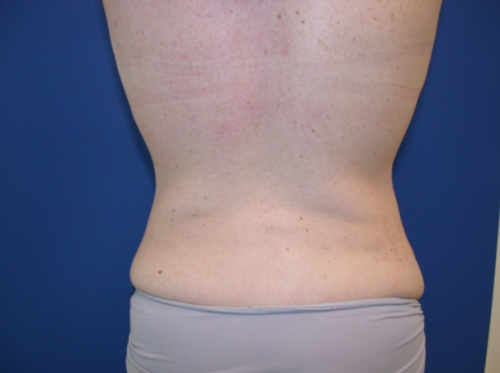 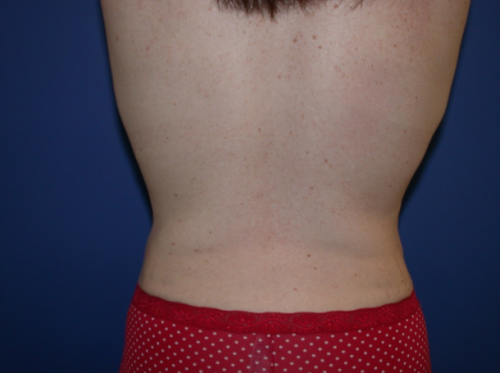