Patient 1 Breast Reconstruction Before and After Photos

Patient is a lovely 59-year old Caucasian female with a history of DCIS of the right breast diagnosed in 1993.  She underwent a right MRM in 1993 at UCLA and was followed by Dr. Susan Love while there.  She had no positive lymph nodes.  She did undergo radiation therapy to the right chest area for six months as well as one year of chemotherapy.  She underwent a right-sided breast reconstruction in 1996 with a saline implant at UCLA with a concurrent left-sided saline implant breast augmentation for symmetry.  She did well and apparently developed capsular contractures.  She had moved to the desert area and was seen and treated by another plastic surgeon.  She underwent removal of both saline implants with capsulotomy on the right and near-total capsulectomy on the left, with bilateral replacements with silicone, Mentor, smooth, round MPP 300 cc implants in 2007.  She developed a postoperative exposure of the right-sided silicone implant, thus her implant was removed.  She then went on to develop a chronic open wound of her right chest incision with persistent drainage necessitating operative I&D of the local wound area with local flaps closure done in 2008.  Postoperatively, she developed another right, medial-third chest scar wound-opening with persistent drainage despite conservative measures to help compress the area and relieve the drainage.  She was then referred to me for further evaluation and treatment of her chronic right chest wound.

I saw the patient and she expressed a desire to complete her right breast reconstruction.  She underwent Delayed Right Breast Reconstruction with a Pedicled, right Latissimus Dorsi Myocutaneous Flap to the right chest with placement of a Tissue-Expander followed by Replacement with a permanent Silicone implant.  She then had right Nipple-Areolar Reconstruction with local flaps and tattooing.  She is thrilled with her result. 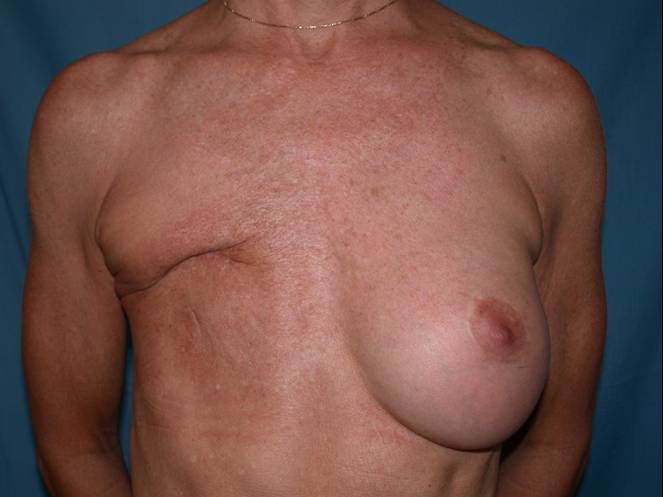 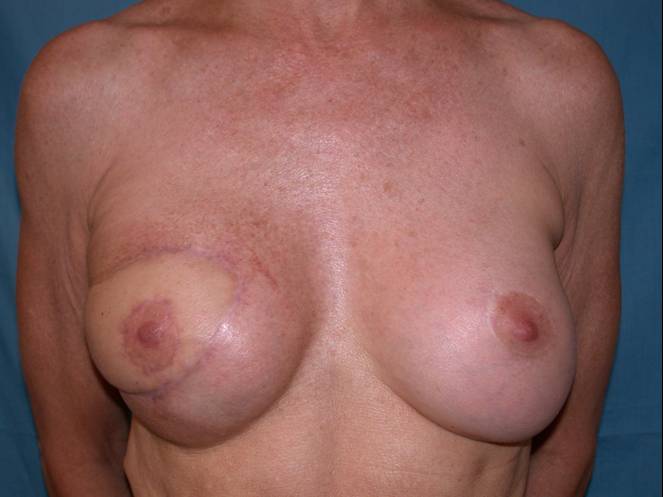 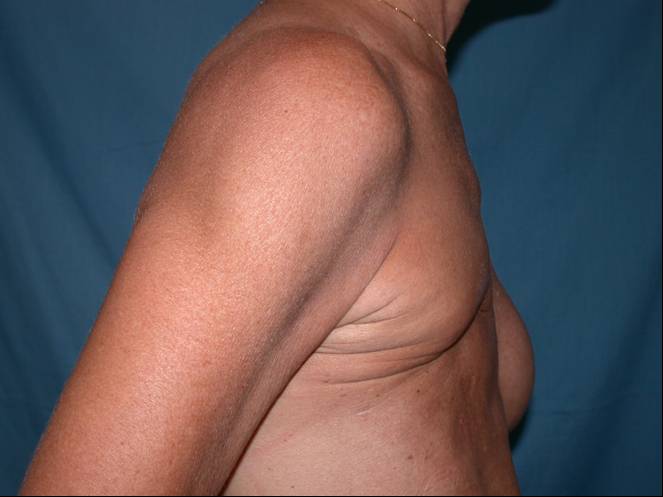 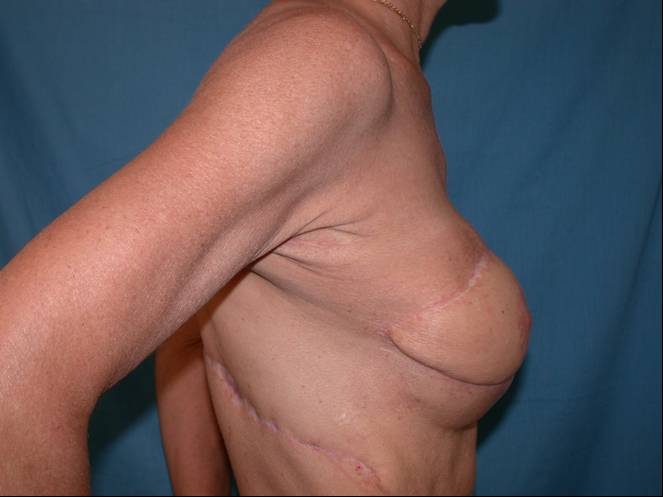 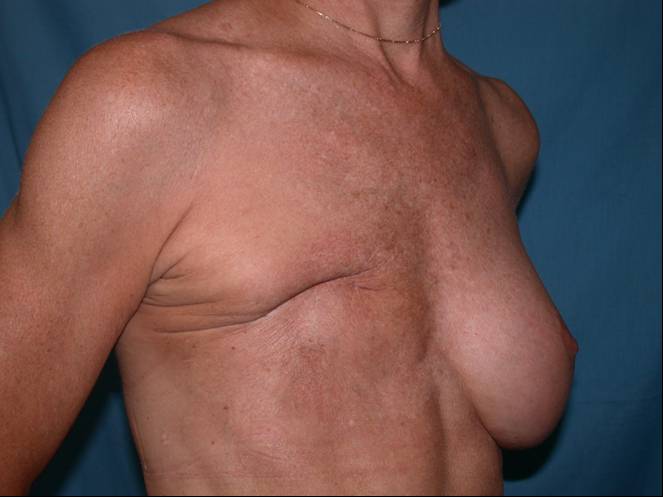 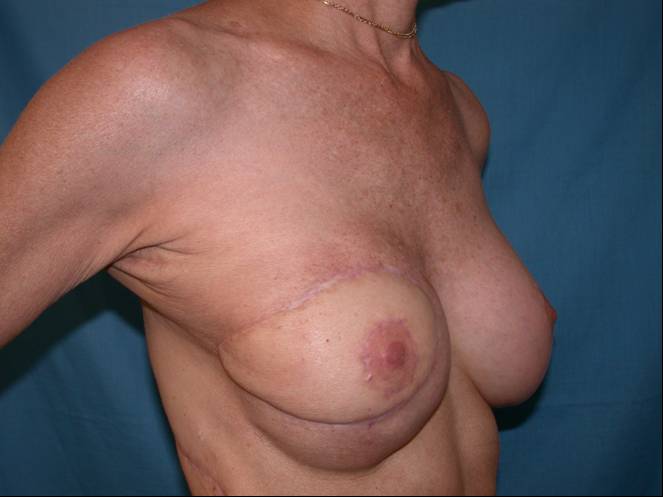